Is AI a Job Terminator? 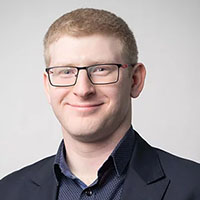 Recently I had the opportunity to sit down with Ryan Deeds, host of The Digital Broker podcast to discuss artificial intelligence, insurance, and the big question that is on a lot of people’s minds: Is AI going to steal my job? It’s a question that I believe requires a more nuanced response than we typically see in the news.

On a recent webinar hosted by ACORD, Ajay Agrawal notes that, “the media has done us a disservice” in their reporting on AI by focusing on job displacement rather than augmentation: “AI is coming and it’s going to take everyone’s jobs. This simply isn’t true.” While AI will automate routine tasks, complex business processes – like selling insurance – will still require a human in the loop to validate and apply his or her human judgment to the work. Agrawal stresses that, while AI is extremely good at prediction, it is very bad at judgment.

Agrawal, Joshua Gans and Avi Goldfarb, co-authors of the bestselling book Prediction machines: The Simple Economics of Artificial Intelligence, wrote in a recent paper that among the several hundred AI start-ups they have examined over the last few years, they “have seen very few companies building unambiguously labor-replacing technologies.”

This makes sense when you consider that AI and prediction are only one part of a chain of tasks that have to happen to fulfil a business process such as assessing and pricing a risk in insurance, issuing a policy, or processing a claim.

New research by McKinsey estimates that between almost zero and 30 percent of the hours worked globally could be automated by 2030, depending on the speed of adoption of automation technologies. McKinsey estimates that, in about 60 percent of occupations, at least one-third of the constituent activities could be automated, implying substantial workplace transformations and changes for all workers. However, very few occupations—less than 5 percent—consist of activities that can be fully automated.

If the media hasn’t done AI any favors, popular culture has also played a role in shaping our collective consciousness about the perils of AI.

In 1984, the sci-fi film The Terminator hit the big screen, starring Arnold Schwarzenegger as a relentless cyborg assassin sent back in time to kill Sarah Connor (Linda Hamilton), whose son, in the future, will become a leader in the battle against the machines and Skynet, an all-powerful general artificial intelligence bent on exterminating every last human on the planet.

It’s interesting to note that the release of The Terminator coincides with the widespread adoption of robotics in manufacturing. From 1980, industrial robots began to be made in large numbers, with a new microprocessor-controlled robot being introduced in the market at the rate of one a month. These robots had a higher degree of operational freedom than previous models. The first robotic arm with motors installed directly into the joints of its arm was built by Takeo Kanade in 1981.

Science fiction has always played on our fears of the present. It’s no coincidence that James Cameron’s Hollywood blockbuster ends with an epic showdown between human and machine that takes place in a factory with automated machines, conveyer belts and hydraulic presses.

If you look at the image at the top of this article, what do you see? A malevolent machine programming the launch codes for a nuclear strike to annihilate humanity or a benign future “digital worker” diligently performing a routine task? Your answer may say more about you than the image itself.

Ryan Deeds calls it “soul-sucking” work: mundane, mind-numbing, repetitive tasks that are extremely time-consuming and draining, even for seasoned insurance professionals. "Find your problems, your soul-sucking tasks, and get to work on resolving them. Don’t know what your problems are? Ask your team what it hates doing," says Deeds.

Press coverage on employee burnout has tended to focus on front-line customer service workers such as call center agents. In a recent Forbes article, Dr. Skyler Place, Chief Behavioral Science Officer and Head of People at Cogito, talks about the value of applying behavioral science and AI to reduce employee burnout in high stress environments like call centers: “This is the true calling for AI—augmenting humans in ways that increase their quality of life…” Cogito uses AI to augment call center agents’ natural talents and people skills, giving them the assistance they need to perform more effectively and better help emotional customers (such as insureds calling in to file or follow up on a claim).

Burnout in the Insurance Back Office

But employee burnout happens in the insurance back office as well, and indeed in any part of the business where soul-sucking repetitive tasks prevent employees from doing more rewarding work.

Remember Sisyphus? In Greek mythology, this tragic figure was doomed to forever roll a boulder up a hill in Hades. In Homer's Odyssey, Odysseus happens upon the sad sight:

Then I witnessed the torture of Sisyphus, as he wrestled with a huge rock with both hands. Bracing himself and thrusting with hands and feet he pushed the boulder uphill to the top. But every time, as he was about to send it toppling over the crest, its sheer weight turned it back, and once again towards the plain the pitiless rock rolled down. So once more he had to wrestle with the thing and push it up, while the sweat poured from his limbs and the dust rose high above his head. (Odyssey, Book 11:593)

This eternal punishment might sound vaguely familiar to an insurance knowledge worker or underwriter who – day after day and month after month – must face an application inbox or broker portal with a mountain of submissions that never seems to get any smaller. Many commercial insurance carriers respond to only 40-50% of submissions simply because they get too many.

I’ve gone on office “ride-alongs” with commercial insurance underwriters and knowledge workers to better understand the challenges they face in their workday, what they do and how they do it. I can tell you it’s a long day! These consummate professionals come in early, stay late, and when they get home at night, they’re exhausted from the high volume of routine tasks they have to get through. From carpal tunnel to decision fatigue, performing repetitive manual tasks – such as triaging submissions or checking policies for errors and omissions – is terribly draining.

In terms of feeling pride and accomplishment in their work, it can be dispiriting to work hard and still never get through the mountain of mundane tasks on their “To Do” list. Just when they’re nearing the top of that steep hill, the huge boulder rolls back down again.

I believe in the power of AI to help humans work smart and enrich their lives. I’m incredibly optimistic about the potential of AI to create employment opportunities by relieving human beings of soul-sucking work. Zurich Canada’s CEO Saad Mered puts it this way, “At Zurich, we also believe that innovation technology will allow our teams to essentially do more of the work they like.”

Rather than reinforcing a tired narrative that pits humans against machines, it’s time to embrace the idea of AI supporting and augmenting humans in the workplace. AI presents an incredible opportunity for insurance carriers, brokers and agents to increase productivity, efficiency and workplace satisfaction. As Ryan Deeds and the folks at Indio put it, “Yeah, we’re Terminators, all right—of soul-sucking tasks. Killing soul-sucking work creates jobs.”

You can listen to the full conversation between me and Ryan below.